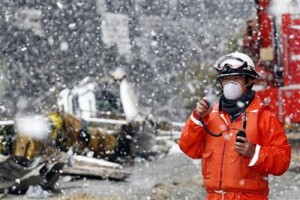 In the aftermath of the terrible events in Japan of the past 2 weeks, there has been a rush to ‘trash’ the idea of nuclear power as a ‘safe’, carbon-free technology for electricity generation.  Germany led the way by closing its power stations for safety checks, the EU then followed up by issuing an unintelligible order about something else, and ‘public opinion’ seemed to be assuming that ‘nuclear’ equalled mass-poisoning madness.

Now before we get into the debate ourselves, test yourself.  Answer the following questions before you look at the letter to ‘The Daily Telegraph’ in the UK, I link to below. The questions are-

Now see the facts contained in the aforementioned letter, by a Mr Malcolm Bell of Leeds.  In the letter he asked a simple question- ‘Have we not overreacted to the events in Fukushima..?’ and offered us a few facts from credible sources that put the ‘meltdown disaster’ into some kind of perspective.

Now I know that it’s not as simple as counting bodies,.  I also know that the Fukushima incident is nowhere near finished, but it made me think. Facts are a good starting point to frame any discussion of options, and should be used by presenters to show how emotion and argumentation are useful to a certain degree, but sometimes defenceless to the truth.

And the new euphemism?  ‘He’s gone all Fukushima on me’- meaning he’s lost all reason.