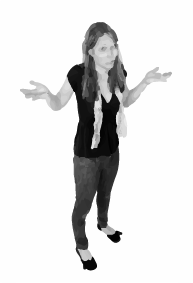 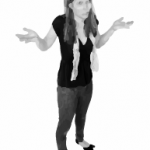 I went to see ‘Top Gear Live” with the kids and my wife last week.  For the uninitiated, TG is a TV car show in the UK, now widely franchised throughout the world, that gives three middle-aged men the chance to talk and drive and drive and talk.  The ‘Live’ event is a sign of how popular the format has become in the last 10 years. 10,000 fans gathered together at the National Exhibition Centre in Birmingham, UK, to worship Jeremy, James and ‘The Hamster’, and it was good.

Cars, stunts, explosions, comedy and the kind of wise-cracking ‘boys with toys’ banter that we wanted. But of the banter, we couldn’t understand at least half.  The TV programme is really good. Funny in a boyish kind of way. And the ‘craic’ between the bullish Clarkson, the foppish James May, and the tiny Richard Hammond is scripted but works.  But not so much in this arena.

On TV with microphones, sound guys and talking heads, you get every word.  On paper, you have every word there in front of you.  But in this huge cattle shed, with radio mics and no great views of the people saying the words, it was really hard to hear what was being said.  The three presenters made some simple, understandable mistakes, that people unused to speaking to large crowds, in unsuitable places often make.

That all speakers need to hit the hard consonants in the words that they are saying to make them understood, even if they are speaking their native language, to an audience for whom the language they are hearing is their own.

So even a simple line like’ “My name is Jeremy Clarkson and I’m here to talk about the new Aston Martin DB9” sounds like this-  My name is jeremyclarks anI’mere to talk abou the new astonmarti DBnie.

So far so simple.  But imagine it’s a keynote speech, with an audience of hundreds, in a crap hotel conference room, after 3 hours of other speakers, and you really want to be good. Well the first part of being good is to be understood. And with an audience of ‘foreigners’, who are working really hard to understand, to follow every word, you’ve got to hit those hard consonants.

you’ve got to hit those hard consonants.

In fact native speakers of English are often appalling at these basic skills when speaking to international audiences for whom English is a struggle.

So if you speak to international audiences, and if you want to be understood, rehearse those consonants. Over-pronounce them, emphasise them, honour them, love them. Yes, it will seem strange at first.  Yes it will slow you down a little, but it will separate the words and allow even those people with a little English to pick up the key words, and for most of them that will be enough for them to go away with at least the basic idea of what you travelled thousands of miles to say.

Articulating clearly is often the difference between people getting what you’ve said, or disengaging from you simply because they can’t hear the words.