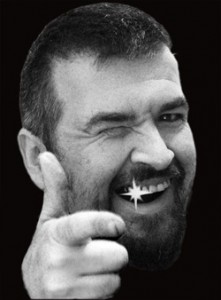 I work abroad a lot, and I spend 50 day plus a year in Barcelona that beautiful, hot, dripping in culture city in Catalunya, Spain.  I love Barcelona, and I know it pretty well, so I was asked to speak about the city at my son’s school as a part of their ‘different cultures’ week. He’s 9 years old.

I decided that I’d introduce the under 10’s to a gorgeous part of a fabulous region of an amazing country. But I was nervous. Why? Well I don’t usually ‘do’ 9-year olds. My typical audience is 30 years older, university educated and tempered by the harsh fires of commerce. What would I say? At what level? How would I cope? The possibility of failure loomed large. So I decided to follow my own advice, and thought ‘Fit’. Find out what they’d be interested in and go from there.

So I sat William (my son) down and asked him 3 simple questions- 1. What might your friends be interested in? 2. What won’t they be interested in? 3. What advice would you give me to make a good impression on this audience? His answers were-

So I went away and put together a list of things that he could choose from. Barcelona Football club, Pan con tomate, drinking wine through a weird shaped bottleneck held 3 feet above your head, human towers, and a man who defacates in the corner of the nativity scene (El caganer).  Guess what he chose? All of the above, and of all the bits of advice he gave me, the last was the best. How many speakers do we see trying really hard to be something they’re not?  Far too many. And that ‘trying to be’ is appalling to see for an audience.  We see people trying to be-

The thought of William’s dad trying (implying  failing, of course) to be cool in front of his friends was too much to bear.  So I didn’t try to be cool. I was me.  A 47 year old dad, with a great subject, and plenty of enthusiasm.  I just told them 5 things that I really hoped they’d find interesting, and gave them an opportunity to taste, touch see and feel the things that I love about the place I was ‘showing’ to them.  I went down pretty well.  I was as proud of my performance there as of anywhere. When I got home, he came up to me and gave me a hug and I asked him how I did.  Taciturn as ever, he said one word. ‘Coo’l.

I nearly blushed with pleasure. So if you want to be really good.  Be you. It’s the foundation of charisma.

How Steve Jobs and Nature Fill a Vacuum- be positive
Are you charismatic? 10 questions
To Top