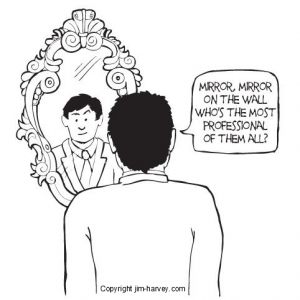 To cut to the chase, when undertake any kind of networking activity, it’s our intentions that often shine through our best efforts to hide them.  The best networkers understand this and are careful to check their intentions before the enter the room.  Why?  Because if our intentions are venal, they’ll show, in the end.

It starts with our thinking, and goes through our behaviour, and seeps into our ‘presence’ when we actually meet people.  In networking, we need generosity, warmth and empathy much more than we need anything else. If in our thinking we categorise people as ‘A listers, B listers and C listers’ (as one self-appointed networking guru does), then our intention (money , money, money please) pervades our action.  If we think of people only in terms of business we can get from them, not as sources of help, support and opportunity in the long-term, they’ll find out somehow, and usually quite soon. See here for how the poet sees it.

Now for the words of one of my favourite ‘gurus’, a person who doesn’t know how much he’s influenced me over the past few years, one, Ian Brodie. Here’s a great thought of his, among many good ones, in talking about Face to Face networking. I’ve talked about it  before here.  He, rather annoyingly, puts his finger on the spot. His key point- that

Most networking advice focuses on what to say – how to position yourself, how to answer the “what do you do?” question, how to get people interested in what you have to offer. This is all important stuff – but there’s something that can have a much bigger impact on your networking success than how you describe what you do. It’s the simple technique of asking them what they do first.

How true.  For the full article and much more- The Number One Skill in Business Networking. And for more advice, from me, as to how to be really good at that kind of thing, see my post on the fundamental skill of starting conversations with strangers.

Thanks Ian. Long may your photo be on my wall (metaphorically, at least.