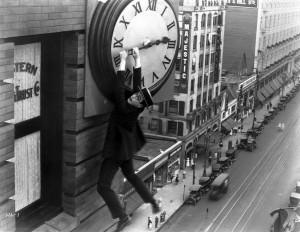 I’m often asked how someone as clumsy as me can be a professional speaker, and it’s a good question that I think I can answer with a bit of help from Geoffrey.

Geoff was a client of mine a few years ago. He was a gentle ,kind, thoughtful man with no visible ego, and he’d been asked to make a speech to some of his professional peers, representing his FTSE 100 employer at a first rank University in the UK. It was a big speech, and Geoff prepared well. I helped him a little bit, and agreed to go along with him for the big event as a bit of moral support. We arrived at the gilded hall and hundreds of his peers were already there, Geoff was first on stage and he was nervous.

His time came and the Dean of the Business School introduced him and after respectful applause and slightly underplayed opening to his address he made a fantastic speech. As the crowd sat to applaud him and the Dean rose to thank him, Geoff went over to his seat at the back of the stage and sat down. In sitting, he shuffled his chair into the backdrop curtain, with a modest smile a wave of the hand to thank the audience for its kindness, and in a warm glow, disappeared from sight with a resounding thud bringing the red velour curtains down on top of him.

There was an instantaneous gasp of horror from the audience, as we tried to work out what had happened. Where had Geoff gone? There was then an endless 2 seconds of horrified silence before our friend appeared like a jumping jack from behind the dais. He struggled to free himself from the heavy curtains and like a drowning man coming up for air, he appeared. His eyes were glassy, his glasses askew, his hair all messed up and I had an aching wish that he would just pass out and save himself from the horror of that moment. But just as sympathy was about to overflow into embarrassment for him and mortification for the rest of us, Geoff did a simple and amazing thing. He smiled.

‘Thank God’ we all thought, ‘he’s smiling and we have no need to be hurt or embarrassed for him. Oh raise our hearts to heaven and love the world for ever…’ We breathed once more and began to smile along with him. Then Geoff grinned and we did too. Geoff Chuckled, laughed and shook his head at the madness of it all, and we did too. The standing ovation lasted for all of 60 seconds with cheers, whistles, slaps on the back, and thunderous ‘hurrahs’. Geoff had fallen off the bloody stage and we loved him even more.

How can that be? Because we thought he die of shame and he didn’t.

Lesson- 99.9% of the audience want you to do really well and will forgive you pretty much anything unless you embarrass them. So when you make a mistake, don’t apologise, carry on and smile at your humanity and allow the audience to smile too.

That’s how I can get through the occasional trip, or stumble. That I’ll probably never have to deal with what happened to Geoff.