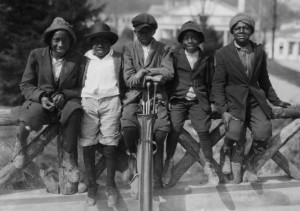 Alliteration is the deliberate arrangement of words with the same letters and sounds at their start for explosive effect. Alliteration is a trick of the spoken word. A technique that is very popular with tabloid newspaper editors, TV presenters and poets…

The formation of names or words from sounds that resemble those associated with the action or thing to be named, or that seem to suggest its qualities; babble, cuckoo, croak, ping-pong, quack, sizzle and snore are all probable examples.

It can also mean the use of words whose sound adds meaning to the meaning of those words. “Whoosh” is a word that actually sounds like the sound that you are using it to describe.

Slimy, slithering, slippery and squelchy are words used to describe how something feels. The words themselves have a similar feeling. Slithering sounds wet and greasy and disgusting so hopefully the impact of the sentence and the overall meaning is enhanced.

Use the Rhythm of the words:

“Rhythmic speech or writing is like waves of the sea, moving onward with alternating rise and fall, connected yet separate, like but different, suggesting of some law, too complex for analysis or statement, controlling the relations between wave and wave, waves and sea, phrase and phrase, phrases and speech. In other words live speech, said or written, is rhythmic, and rhythmless speech is at best dead.” (Fowler’s Modern English Usage)

Some people use meter, the counting of beats and pauses and syllables and lines as the measure of rhythm. Don’t bother. Just get into the habit of saying what you write or intend to say out loud. If it sounds good then it’s probably rhythmical. If it sounds stilted, confused, over-complex then it probably isn’t.

In case you missed any, you can find links to the other posts in this series below.

6. Use everything in the verbal bag of tricks – sparingly

Show Your Audience They’re Special to You
Stand up Comedy – Can It Really Be That Difficult?
To Top