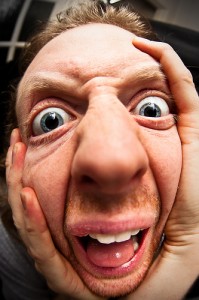 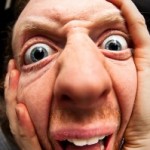 There are many things you can do when you’re working hard to connect with an audience. To do more than just speak to them; to engage their hearts, feelings and hopes. Being interesting is one of the most special skills you can develop. What is interesting to an audience? Obviously relevance comes first. Your audiences, of course, are interested in their own lives and experiences, so that’s a great place to start.  After that, the ability to bind your message to little golden nuggets of information or knowledge that they’ll remember, take away and share with their friends, will do you great service.  Why? Because they’ll forget 98% of everything you said, and remember that small sliver of precious metal that you gave them as you made your point.

Maybe it was a story that had resonance for them and their life.  Maybe it was a fascinating or terrifying fact that brought your message to life. Or perhaps it was a quote from a famous person used to emphasise a key message.  All of these things work brilliantly when used carefully.

Sometimes it’s just a matter of adding a little flair to the point to make it stick.  Here’s a set of 10 international words that have no literal translation in English, that offer the chance to be funny, original and memorable in making your point.

1. Schadenfreude: Joy in the misfortune of others. German.

2. Wei-wu-wei: Deliberate decision not to do something. Chinese. From an online list compiled by Feedbacq.

3. Prozvonit: To call a mobile phone to have it ring once so that the other person calls back, saving the first caller money. Czech and Slovak. Allegedly.

4. Age-otori: To look worse after a haircut. Japanese.

8. Esprit de l’escalier: The brilliantly witty response you didn’t think of until too late. French.

9. Fremdschämen: Being embarrassed for someone else, often someone who should be but isn’t. Given that English was a half-German pidgin, it is surprising how many words we still have to borrow.

10. Pesmenteiro: One who shows up to a funeral for the food. Portuguese. Also from Feedbacq, but disputed by Torre de Marfim, who is Brazilian.?

I love the last one particularly, and I’ve used it to challenge audiences who are facing enormous challenges but show no sign of being engaged with the meeting or the moment.  I tend to introduce the thing as a joke-

I found a Brazilian phrase the other day, it’s a word that has no literal translation in English.  But it’s a really universal word that may just have meaning here today.  It’s ‘Pesmenteiro’.  It means…

Then after they’ve laughed, because it’s just funny; half of them uneasily; I might go on to make my point thus –

Then there’s the chance to ask the crowd about the observation, or the quote and make meaning and relevance right there in the room.  In a subtle and interesting way.

Do you really want to be told your presentation is CRAP? – Yes!!
Presenting without bullets – try videos
To Top