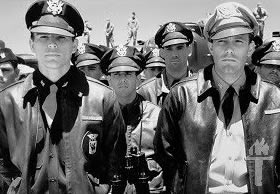 Focus is important throughout our lives. It’s important in conversation, in writing, in story-telling and the visual arts. The ability to make your point and move on is incredibly rare and undervalued.  Though you can be successful without the first clue how to do it I’ll admit.

Movie makers in Hollywood have the largest budgets and greatest amount of talent in the film-world to choose from, and even they get it horribly wrong sometimes. James Cameron’s multi Oscar winning film, “Titanic”, is a great picture in many people’s eyes, but for me and most of the rest of the world, it’s too long by about 1 hour. It could have made its point much more quickly, but it didn’t. It went on, and on, and onnnnnn. (Thank you Celine).

On the subject of James Cameron, it’s worth remembering too that “Pearl Harbour” is so appalling in every aspect that I think it’s actually 2 films stuck together and put out as one by mistake.  Stunning first 30 minutes with the visuals driving the story (The Japanese smashed the US fleet on a sleepy Sunday morning in 1941).  Thereafter crap stories about love, loss betrayal, revenge Zzzzzz.  And as for ‘Avatar’ Zzzzzzz, yes, I know the visuals were amazing, but that doesn’t make up for 4 hours of your life wasted, does it?

For business presenters, I guess it reminds us that if the story is poor, irrelevant, unclear or just too long, then there’s little that the star, the set, the visuals and the marketing can do do to save it.

Focus in a film, speech or a presentation leads to the successful sharing of a simple a central idea (Our love will go on…) and some key points to be remembered by the audience for ever. If a focused speech were a piece of meat, it would be lean steak. If a film it would be that one with Humphrey Bogart and Ingrid Bergman, and not by James Cameron.

And I know that all the films made heaps of cash- but they’d have made even more if they’d have been 25% shorter wouldn’t they?